“Do you see a light when you are falling asleep?”

The boy’s voice was filled with wonder. It was soon after that they had first met that Shri Ramakrishna asked Narendra this question; and his reply provided the master with a deep insight into the nature and destiny of this remarkable youngster who would later become Swami Vivekananda. 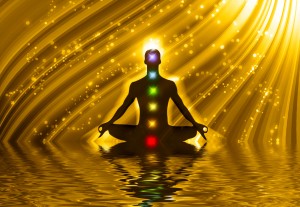 In his later years, he described it as: “From the earliest  times that i can remember, I used to see a marvelous point  of light between my eyebrows a soon as I shut my eyes to go  to sleep, and I used to watch its various changes with great  attention. That marvelous point of light would change colors  and get bigger until it took the form of a ball; finally it would  burst and cover my body from head to foot with white liquid  light. As soon as that happened, I would loose consciousness  and fall asleep.

I used to believe that ,through that was the way I grew older  and began to everybody went to sleep. Then when I grew older and began to practice meditation, that point of light would appear to me as soon as I closed my eyes, and I would concentrate on that.”

Swami Vivekananda’s life story is that of a phenomenon. He was an ideal yogi and monk, teacher and leader, worker and philosopher. He is considered as the introducer of meditation to the western countries. He espoused the idea of focused thought and recommended his disciples to : “Take up one idea. Make that one idea your life-think of it, dream of it, live on that idea. Let the brain, muscles, nerves, every part of your body be full of that idea, and just leave every other idea alone.”

Meditation is a form of spiritual practice which is being enjoyed in the East and the West alike. The various types of meditation now prevalent all over the world may be divided into two broad groups: secular and religious. The former group has all forms of concentration practiced for the sake of health.

The latter however requires a higher degree and quality of concentration. Sri Aurobindo points out: “The road of yoga is long, every inch of ground has to be won against much resistance and no quality is more needed by the spiritual aspirant than patience and single-minded perseverance with a faith that remains firm through all difficulties, delays and apparent failures”. 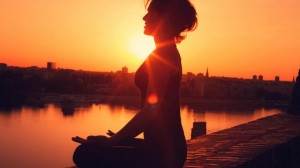 The question now arises that –

Why someone is not able to meditate?

Real meditation means turning the mind on the self back upon its source. Real meditation is thus the result of the focusing of consciousness on its true source or center. It should be understood that trying to drive the mind inward, as a shepherd drives sheep into the pen is not meditation.

True meditation is the result of the natural inwardness or interiority of the mind caused by an inward pull. In most forms of ordinary concentration the sense organs are active and contact with external world is not completely cut off. But during meditation, which needs a higher degree of concentration, mind alone is active. The yogis call this state ekendriya- the state in which one indriya or sense organ alone is active.

Meditation is not an exercise it is a process to connect self with the absolute truth. A simple meditation technique needs just a mat and yourself! Tom start with, choose a quiet place and settle down. Now watch everything that comes into your mind. Don’t force yourself to focus on any one single thought. Just keep watching. By continuing to watch in that way, the mind becomes calm, and there are no more thought waves in it.

These waves represent the thought activity of the mind. Practise it daily and as you progress. you get more and more connected to your inner self!!

As said by Swami Vivekananda:
“Sit quitely and let the mind wander where it wants to go. Keep a strong faith that you are watching your mind drifting in all random directions. The mind is not you or I. Now trying connecting with God but not with any wordly thing or relationship. After sometime you will see that your mind is calming down like a serene lake. This will slow down the wandering of mind. Each day practice this and identify yourself. With time your mind will be under your control.

The essence of yoga lies in training your thoughts to stay calm and lead a meaningful life. Yoga helps keep you focused mentally and of course, physically strong. Our mind and body are not individual entities. They do not stand alone. Instead, their combination makes us a complete human being. Your mental attitude is very very important. A controlled mind is the key to a healthy body. Yoga, thus, is a perfect combination to go for. Various asanas performed (not necessarily advanced and typical ones) when combined with different Dhayana (Meditation) and Prana (Breath) practices; makes a complete beautiful you.

A majority of ailments caused due to imbalance in our mind and body can be treated with yoga. The major reasons for almost all problems is- stress!!! Stress, consequently, leads to anxiety, circulation problems, cardiac issues, insomnia, eating disorders and many others. Yoga helps reduce agitation of thoughts, thus making you calm, self-confident and giving you inner strength.

Morning are the best time to be utilized to keep you energetic throughout the day and to make your life happy and peaceful.

Start with a workout routine consisting of simple stretching and deep breathing, or even a brisk walk to make a huge difference. Start loving mornings and make everyday; I would say every minute: count!!!

Introduce yoga in your lives to enter into the state of pure and clear perception and experience the beautiful delight of now!!!

All the content in this website is the combined effort of us; Chetna and Eisha and our personal experiences in going through the beautiful journey of yoga!!