The name comes from the Sanskrit words hala meaning “plow” and asana meaning “posture” or “seat”.So it is also named as plow pose. Halasana is one of the advanced yoga poses simple to practice and contains lots of benefits. Halasana rejuvenates the inner parts of one’s body and makes it healthy again. It is also helpful for men to correct the sexual and semen related problems like premature ejaculation, spermatorrhoea, and night emission effectively.

How to do Plow Pose (Halasana) 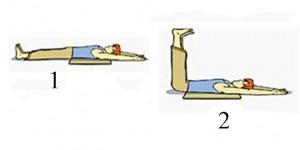 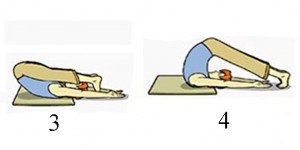 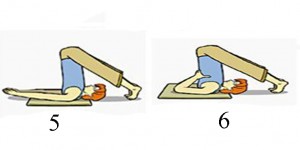 How do I improve my plow pose?

Use the continuous rolling method with plow pose and Sarvangasana at lease 30 to 50 times in 15 minutes, and then try to hold on both sides for 1 minute. after 10 days of practice, you can increase the timing. you can improve any yoga pose by daily practice only.

plow pose is dangerous if you are suffering from any physical problem because it puts the body in an unstable, unfamiliar position. plow Pose can put the neck in a very vulnerable position if too much of the body’s weight is placed at the top of the spinal column. Poor alignment of the legs also increases the possibility of strain

Who should not do Halasana?

The one who is suffering from enlarged thyroid, spleen, and liver and, Pregnant women or women during their menstruation time should avoid Halasana. because in Plow pose a lot of pressure comes at the lower abdomen.

Is Halasana an inversion?

Yes, Halasana is an inverted yoga Pose that moves the neck into deep forward flexion.

What muscles does plow pose stretch?

Plow Pose stretches the shoulders, back, neck, hamstrings, and calves. It is a pose that will stretch the paraspinal muscles of the lower back, which are often not targeted in other poses.