Chakorasana is a Sanskrit word in which Chakora means the “Moon Bird”. There are so many romantic lines or Poems of Hindi, in which the poet uses the word Chakora. Many old Hindi romantic songs you heard the Word Chakora with Chaand. Chakorasana Pose (Moon Bird Yoga Pose) is also famous for its various names.

According to Ancient Yogis, it is believed that the bird Chakora was deathless that owed its immortal life to its capability to drink the rays of Moon. The rays of the moon are called or used as the symbol of “Amrita” (nectar or the liquor of immortality). 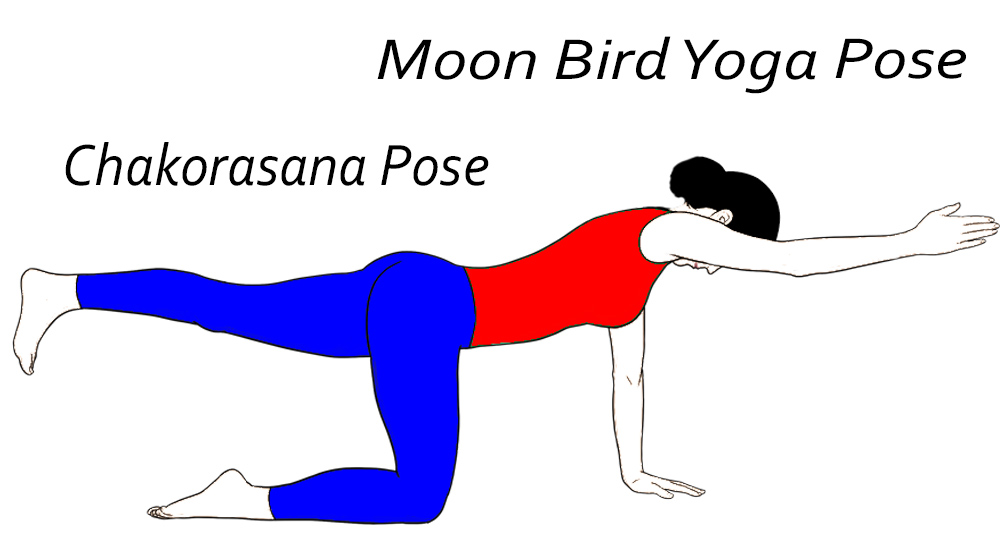 (Keep your head little tilt towards the floor means little bit bend towards the ground. Or you may also look forward)

(No if No but during practice)